The Origin of Tobacco: by Dr. Franklin. 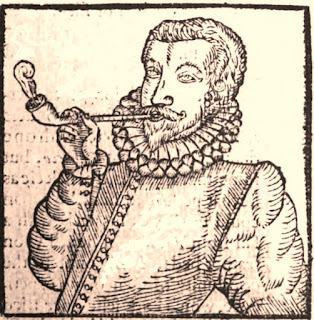 A Swedish minister took occasion to inform the chiefs of the Susquehanna Indians, in a kind of sermon, of the principal historical facts on which the Christian religion is founded; and particularly the fall of our first parents, by eating an apple. When the sermon was over, an old Indian orator replied, "what you have told us is very good; we thank you for coming so far to tell us those things you have heard from your mothers; in return, we will tell you what we heard from ours.
"In the beginning, we had only flesh of animals to eat;  and if they failed, we starved; two of our hunters, having killed a deer, and broiled a part of it, saw a young woman descend from the clouds, and seat herself on a hill hard by. Said one to the other, "It is a spirit, perhaps, that has smelt our venison; let us offer some of it to her.''  They accordingly gave her the tongue; he was pleased with its flavor, and said your kindness shall be rewarded; come here thirteen moons hence, and you will find it." They did so, and found where her right hand had touched the ground, maize growing: where her left hand had been, kidney-beans; and where her back-fide had been, they found tobacco."
The Swedish minister was disgusted. "What I told you, said he, is sacred truth: yours is fable, fiction, and falsehood."


The Indian, offended in his turn, replied, "My friend, your education has not been a good one; your mothers have not done you justice; they have not well instructed you in the rules of common civility. You saw that we, who understand and practice these rules, believed all your stories; why then do you refuse to believe ours? We believe, indeed, as you have told us, that it is bad to eat apples; it had been better that they had all been made into cider; but we would not have told you so, had you not disbelieved the method by which we first obtained maize, kidney-beans and tobacco,"
-- American Museum, Or Repository Of Ancient And Modern Fugitive Pieces, Prose And Poetica, Volume I, Number III,, July 1787, page 86

No Taxation Without Representation

US Bill of Rights

*Republican Party - - is a defunct political party organized by Thomas Jefferson and James Madison in 1791. The Party went out of existence over the schism between John Quincy Adams and Andrew Jackson (both Republican candidates) over the Presidential election of 1824. Today, for the sake of expediency, political scientists incorrectly refer to it as the Democratic-Republican Party. Party members throughout its existence never utilized the name “Democratic-Republican.”

*** President of the Confederate States of America